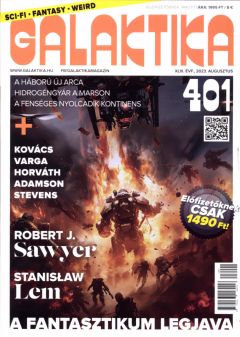 Galaktika is Hungary's oldest and most popular Sci-fi magazine. The publication, which began as an anthology in 1972, became a cult magazine by 1985, winning the award for the best European Sci-fi periodical in 2005. Apart from its literary section - which publishes new and classic Science Fiction works - the magazine publishes book and film reviews, comics, gadget and tech-related news and pieces on Sci-fi music. Read of the future and subscribe to Galaktika now!