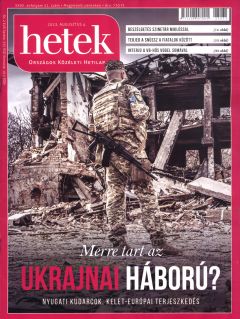 HETEK is a national weekly current affairs newspaper in its XVIIIth volume. With its terse and perceptive writings and unique approach, it has achieved a high standing amongst readers of politics-current affairs. On numerous occasions, its sensitivity to subjects brought attention to social and sociological issues, making them the subject of public debates and inspiring other members of the Hungarian media. The goal of the paper is not merely to hold up a mirror, but to inspire through its choice of subjects and interpretations, facilitating perceptive views and encouraging deliberation. Hetek is dedicated to preventing the dissemination of racist views and regularly stands up for the deprived, those who fell behind and who are excluded by others. The publisher is involved in the Hungarian public scene through the publication of print and e-books, DVDs, and the hosting of thematic conferences, web archives and its FB profile, as well as its numerous digital platforms.